Dr. Terry founded Oneida Park Dental Studio on July 26th, 2021. Financing, design, and construction were done during the Covid pandemic. A 37-year resident of Park Hill, he enjoys having a dental practice in his own neighborhood. Formally, he had a practice in Denver’s Capitol Hill neighborhood for over 30 years that he regretfully sold to corporate dentistry. Dr. Terry then made the decision to open this boutique practice in the Oneida Park area of Park hill, and the neighborhood welcomed him with open arms, for which he is extremely grateful.

He believes in staying current in the latest concepts of dentistry and makes regular trips to Seattle to mentor other dentists at the Kois Center, an advanced clinical program for those who want to stay on top of their profession. Dr. Terry believes in taking a personal approach to patient care. “I don’t want to run patients through my office like cattle,” says the 1980 graduate of the University of Nebraska College of Dental Medicine. “I want to spend the time it takes to diagnose the patient’s issues and help them understand their options.”

His interests include gardening, design, entertaining, and his two gorgeous girls, Taylor and Oakley, who are both Grand Champion Samoyeds. Dr Terry resides in Park Hill with his husband Rick Morales-Brewick. 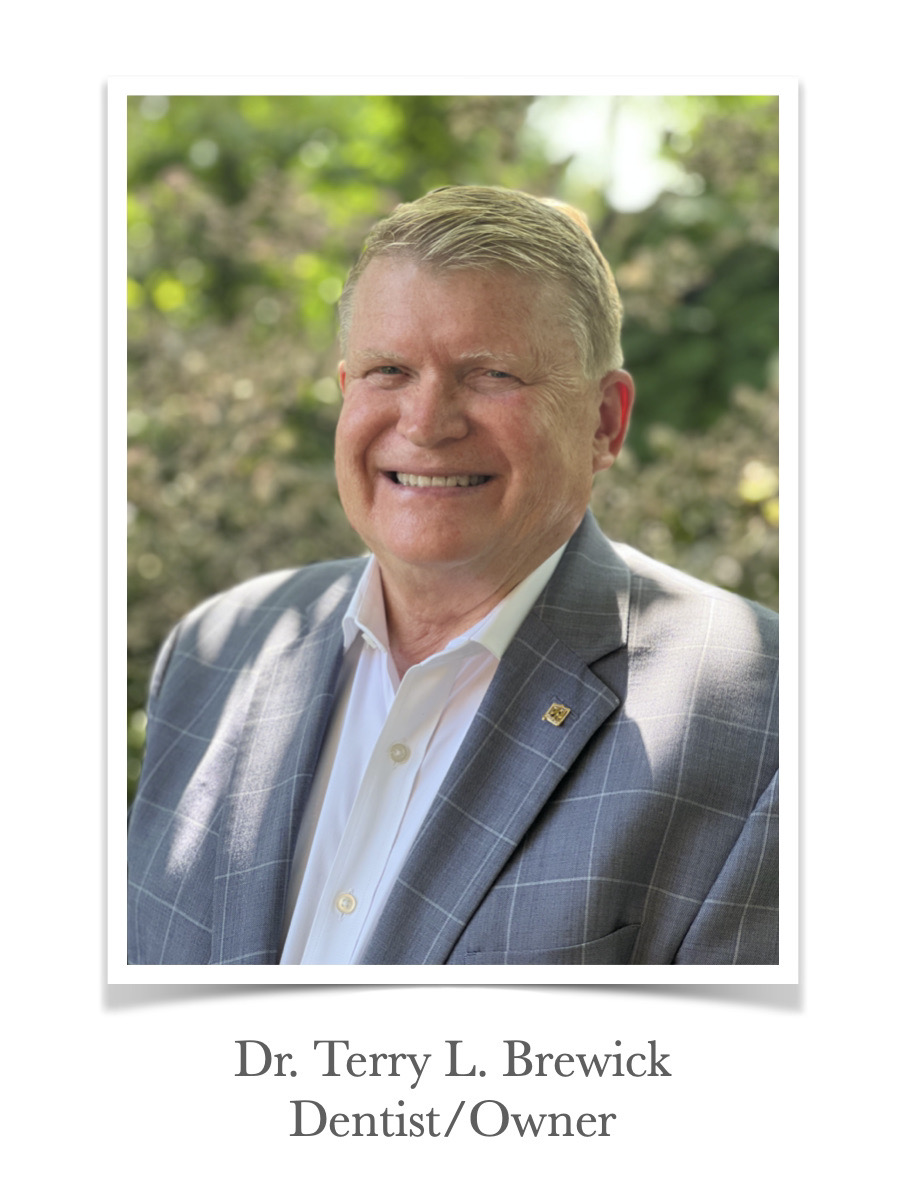 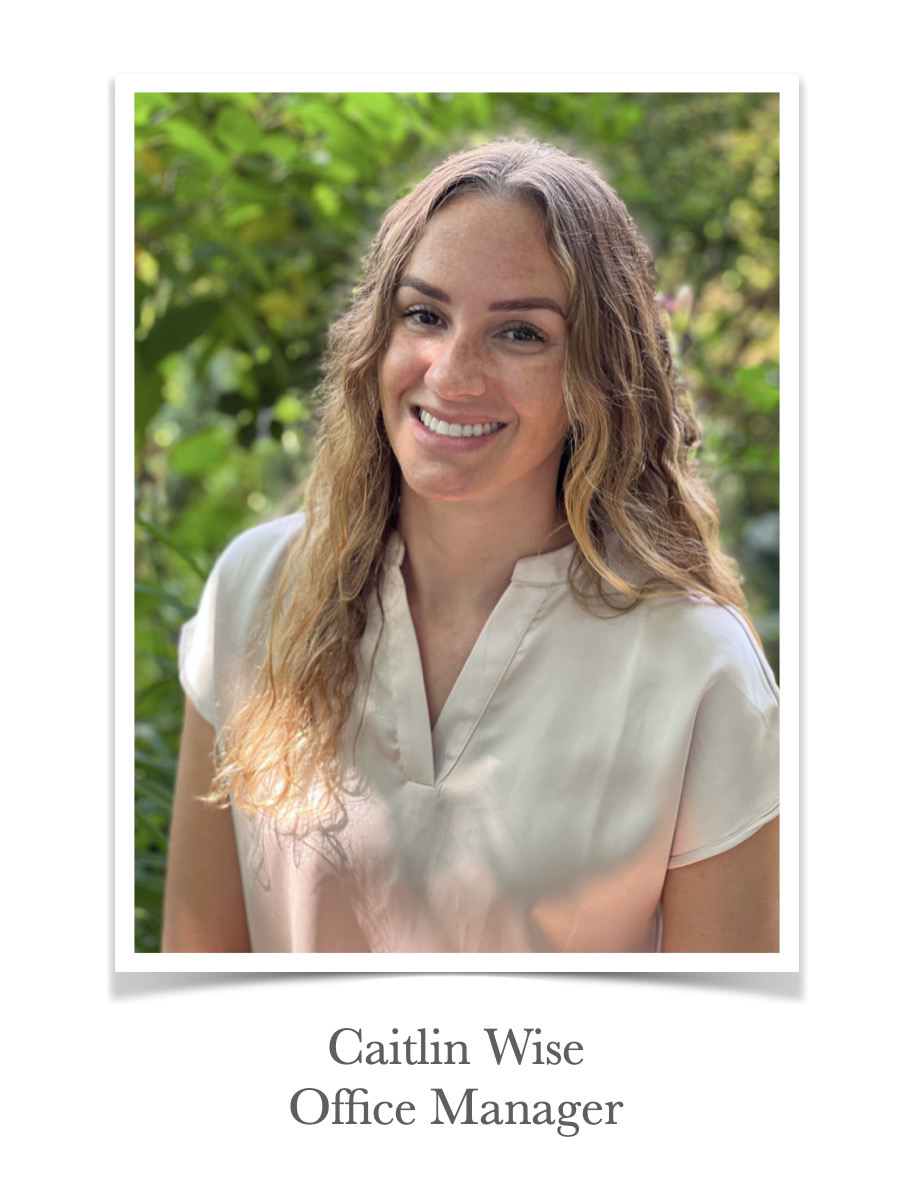 Caitlin has been in the dental field for over 10 years now. Originally starting her dental journey in New York City, where she started out as a marketing coordinator for a private practice off 5th Avenue. Wanting to be more patient-focused, she was introduced to a periodontist where she began learning the ins and out’s of what it takes to make a dental practice successful. After calling New York home for years, Caitlin decided it was time to be closer to her family in Denver and is the proud aunt of two boys with whom she spends most of her free time. Caitlin enjoys helping all patients to understand their treatment plans, dental benefits, and financial options. 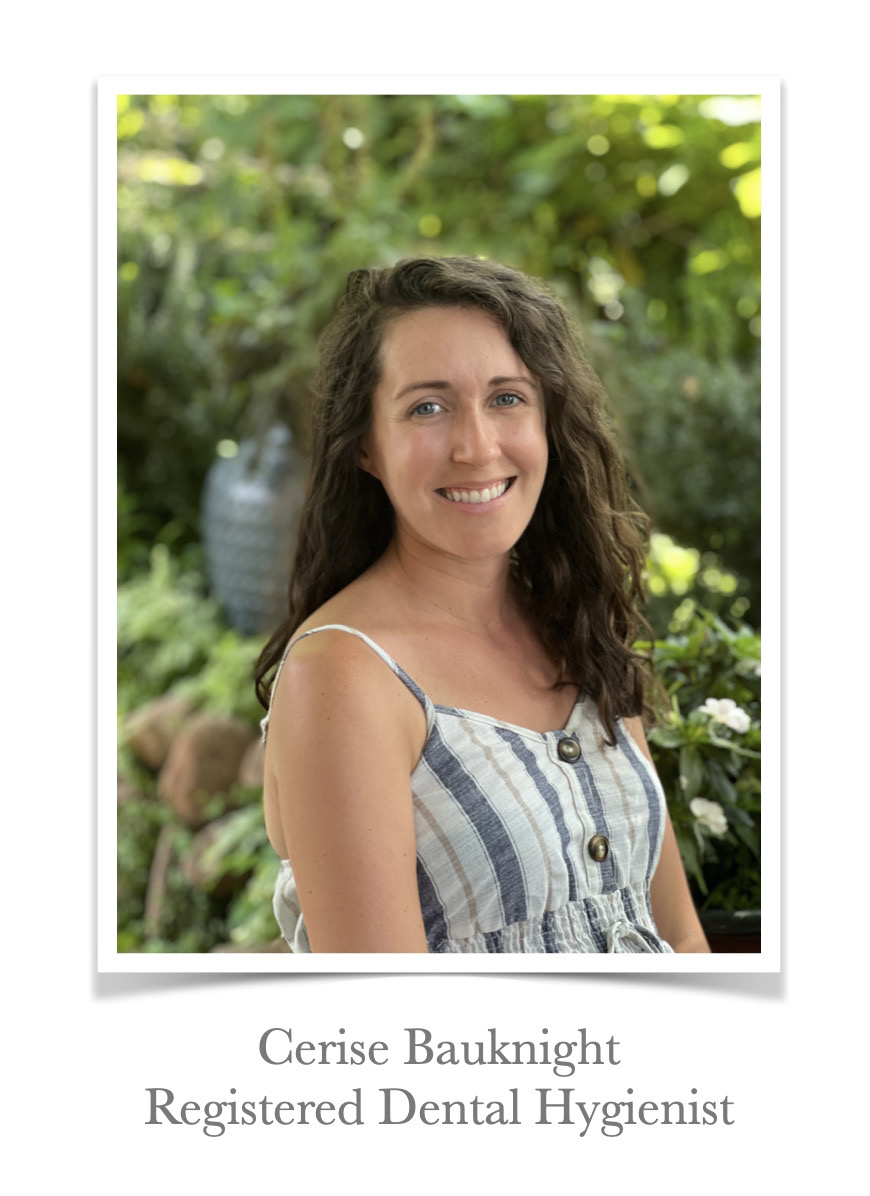 Cerise Bauknight is new to the Oneida Park Dental Studio team. Originally based in the Hudson Valley, New York, she has recently moved to the Denver area with her husband and their two cats.  They are eagerly awaiting a daughter in the fall of 2022 and are looking forward to their next chapter!

Cerise started her hygiene career in the Philadelphia area by attending Harcum College and gaining experience at premier dental offices in the western Philadelphia suburbs.  Cerise is dedicated to providing patients with the highest level of dental care and patient experience, focusing on patient comfort and customized education.

Before entering the world of dentistry, Cerise received a BFA in printmaking at the University of the Arts, in Philadelphia. Her passions include surreal and natural watercolor landscapes, hiking, gardening, cooking, and traveling. To fulfill her love and admiration of long-distance running, Cerise completed her first marathon in Miami with her daughter to be in February!

She is extremely excited to bring her charismatic energy to the Oneida Park Dental Studio team! 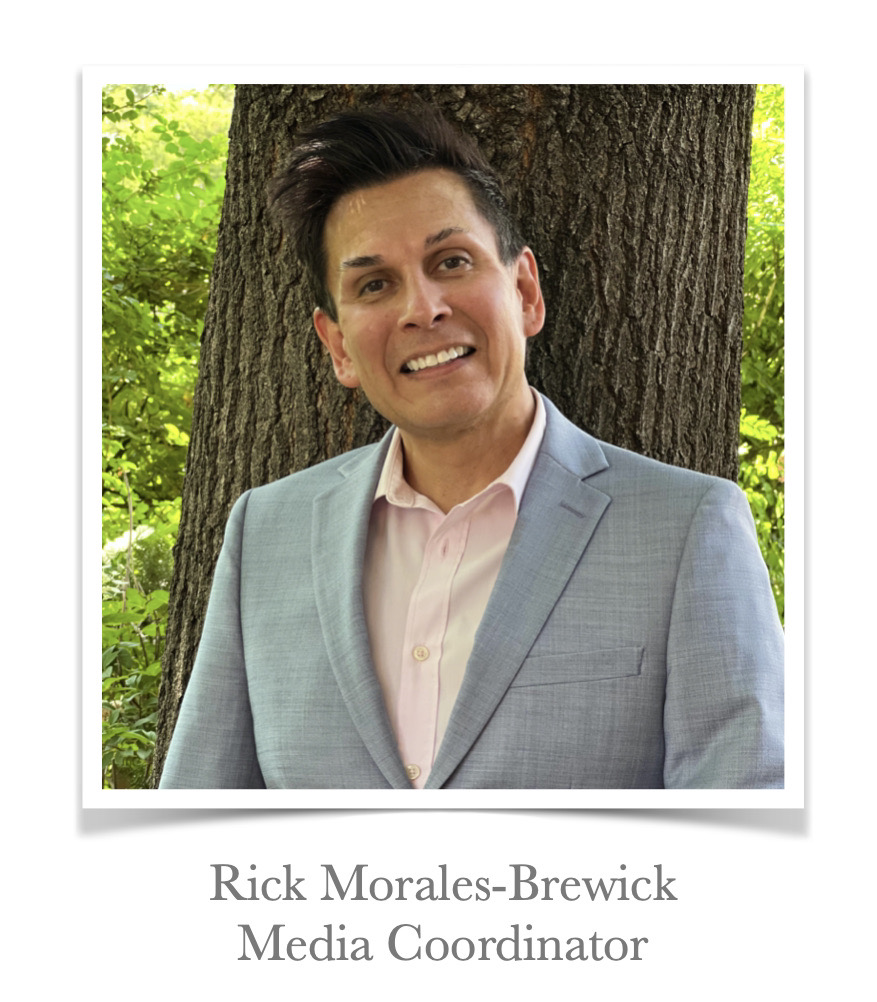 Rick is our “jack of all trades” at Oneida Park Dental Studio. He is involved with the practice to help create a smooth operation, whether it be in our IT department, personal development, or clinical support.

Rick has a passion for creativity which has led him to be our Social Media Director, as well as help with the interior design of the office.  Rick is a very personable and caring person. Outside of the office, Rick spends his free time at home maintaining the gardens, which have been featured in The Greater Parkhill Garden Walk. For the past 5 years, he has bred, groomed, trained, and shown his two Samoyed females, Taylor & her daughter Oakley. He has earned the title of Grand Champion for both girls in the American Kennel Club show ring, thereby channeling his inner 10-year-old spirit. He is very proud of his achievements, as he is not one for competition. Rick and Dr. Terry have been together for 19 years but legally married since 2017. “I would say that Terry and I are the Ying and Yang of relationships, we compliment each other, and we help each other out in any endeavor,” says the born and raised Wyoming Cowboy. 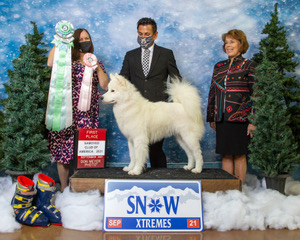 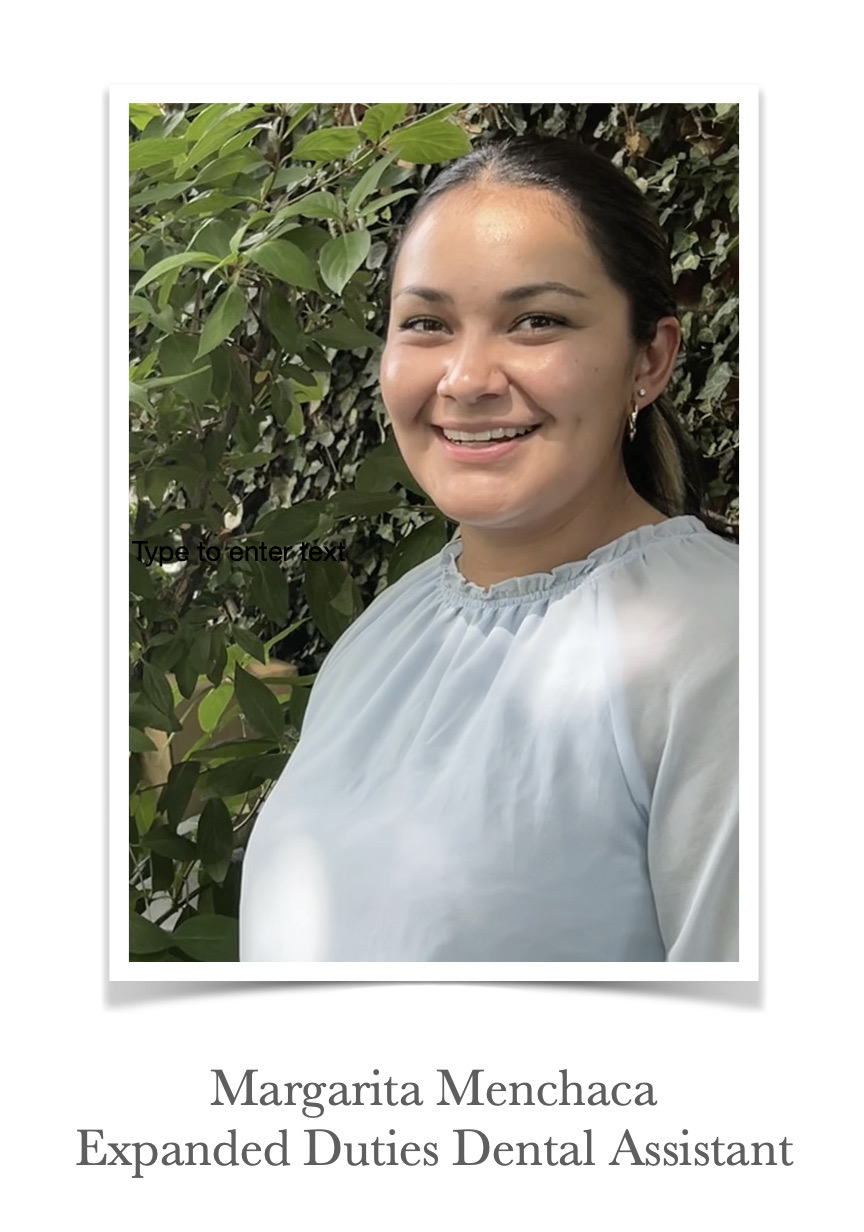 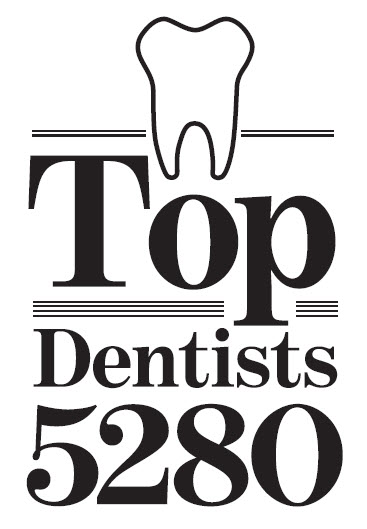 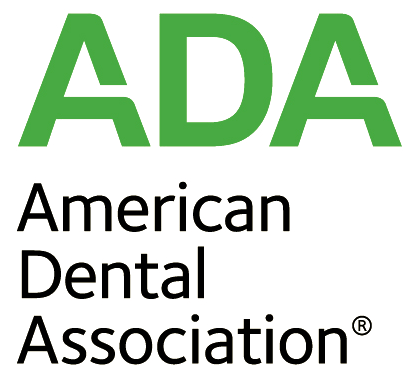 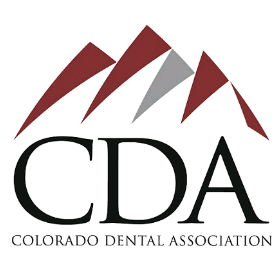 Have Questions? Get Answers.
Thank you! Your submission has been received!
Oops! Something went wrong while submitting the form.

Located on 23rd Avenue between Oneida and Olive